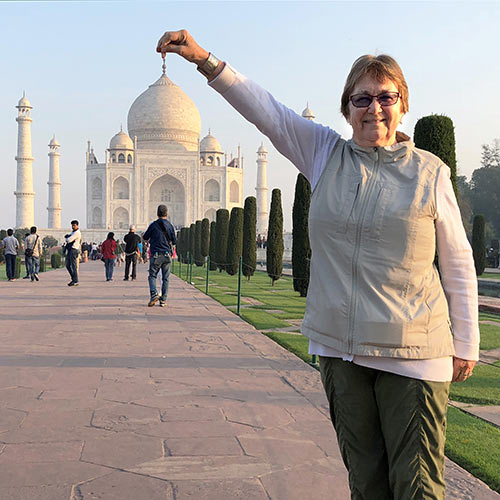 I've lived in Homer since 1982, longer than any other place my husband and family have lived before (I tell you it's the energy!) I have been a REALTOR® since May 1, 1983 and I am proud to be the only Realtor on the Kenai Peninsula who holds two national REALTOR® designations, Certified Commercial Investment Member (CCIM) and Certified Residential Specialist (CRS). I am also very proud that I was honored by my professional peers as the State of Alaska Certified Residential Specialist of the Year in 2012.

I have a B.S. from Pepperdine University and since moving to Homer I have, or am still serving on the Board of Directors of:

In other words - I know this town and I have a very vested interest in preserving our unique quality of life in Homer and in Alaska. And I want you to know and appreciate it as well!

I moved to Alaska from Denver in 2013. I was a professional gardener my entire adult life and fell in love with Alaska’s natural beauty that didn’t need any help from me. I turned to a career in real estate in 2015 after making several purchases and investments of my own, and received my Associate Broker license in 2021.

I was born in North Holland and my family immigrated to the US under refugee status when I was eight years old. We sailed on an immigrant ship with few possessions, and seven years later we became US citizens.

After high school, I went to college for two years and then worked for Continental Airlines as a flight attendant. I’ve been a musician since I was 17 years old, so after 14 years, I resigned from Continental and took a road gig to Alaska with a Hollywood band and I’ve been here ever since. I married, adopted my daughter, and opened my own company, Aurora Travel, in Homer. After 10 years, I sold my company and worked for the State of Alaska as a traffic-control supervisor/flagger while getting my license to become a realtor in 2004.

I love meeting people of all walks of life and really enjoy helping them go through the buying, selling, and financing process on the Kenai Peninsula. I protect my clients as friends and represent them while showing homes and land.